The Sabbath is one of the most misunderstood topics in all of Scripture. Discover exciting and foundational truths surrounding the seventh day and learn how the weekly Sabbath serves as a invitation for mankind to enter into fellowship and intimacy with its Creator.

This Lesson is a Part of The Series:

Have you ever wondered about the Sabbath? Maybe you’ve thought to yourself, “What is the Sabbath, anyways?” Or maybe you’ve never even considered the implications and meaning of the Sabbath. Either way, you are invited to learn more about this beautiful, divine invitation from our Heavenly Father.

Welcome to lesson one in our series entitled ‘Biblical Holy Days, Festivals and Feasts.’ Today we will be examining the Sabbath day, also known in Hebrew as Shabbat. In this lesson we will seek to address and answer the following questions about the Sabbath, the seventh day:

This lesson is not meant to be an exhaustive study on the Sabbath day (Shabbat); we’ll save that for a new series in itself. Rather, it is intended to be a look at the Sabbath within the context of Yahweh’s (God’s) appointed times (moedim), as found in the book of Leviticus. To this end, we will seek to understand the purpose of the Sabbath within God’s holy calendar of appointments.

Starting in Leviticus 23 we find God’s appointment schedule in which He invites His redeemed people to meet with Him in unique and special ways. The weekly Sabbath, or Shabbat in Hebrew, points to the theme and goal of God’s redemption program–eternal rest in Him.

1 The Lord spoke to Moses, saying, 2 “Speak to the people of Israel and say to them, These are the appointed feasts of the Lord that you shall proclaim as holy convocations; they are my appointed feasts. 3 “Six days shall work be done, but on the seventh day is a Sabbath of solemn rest, a holy convocation. You shall do no work. It is a Sabbath to the Lord in all your dwelling places.

However, this was not the first time in which the Israelites were told about the Sabbath. Earlier on in their journey out of Egypt, upon being given the promise of manna, they were instructed to gather extra manna on the sixth day in preparation for resting on the seventh, the Sabbath.

1 The Lord spoke to Moses, saying, 2 “Speak to the people of Israel and say to them, These are the appointed feasts of 22 On the sixth day they gathered twice as much bread, two omers each. And when all the leaders of the congregation came and told Moses, 23 he said to them, “This is what the Lord has commanded: ‘Tomorrow is a day of solemn rest, a holy Sabbath to the Lord; bake what you will bake and boil what you will boil, and all that is left over lay aside to be kept till the morning.'” 24 So they laid it aside till the morning, as Moses commanded them, and it did not stink, and there were no worms in it. 25 Moses said, “Eat it today, for today is a Sabbath to the Lord; today you will not find it in the field. 26 Six days you shall gather it, but on the seventh day, which is a Sabbath, there will be none.”

Therefore the Sabbath, or Shabbat, listed previously in Leviticus 23 was simply a reminder of a previously established day in the life of God’s redeemed people. The Sabbath was a day that God had already given them, before He even gave them the torah (law), or brought them into the promised land. Israel had already been instructed that the seventh day, starting at sunset on Friday and lasting through sunset on Saturday, was to be set apart and kept holy.

The Divine Pattern Since Creation

Before we continue, we should note at least two simple truths revealed in the scripture passages we’ve covered so far.

The first truth is that the Sabbath is the first thing in all of scripture to be called ‘holy.’ What does this mean? Simply put, it means to be set apart; it was not to be treated as common, and was to be vested with special meaning and purpose. We see then, that God’s pattern since creation is that the Sabbath day would be treated as uniquely holy and set apart unto Him.

The second truth is Scripture calls the Sabbath day ‘the Sabbath of Yahweh.’ Therefore, it belongs to Him. It was not something new that He chose to establish uniquely for Israel’s sake only. Rather, it was created, set apart, and blessed since creation to be enjoyed by all mankind.

Often times in the church today, we will hear the Sabbath mentioned as God giving it to Israel alone. This is simply not true and is an incomplete teaching. God did certainly command it to Israel. However, the Sabbath is a divine, heavenly pattern established by God Himself for all mankind since the beginning. It’s His day. Six days we work, toil, create, impose our will on creation, and on the seventh we cease, rest, trust, and enjoy sweet fellowship with Him.

How was this day to be set apart, to be considered holy, and different than the previous six days? Primarily, it was a day in which no work was to be done. It was a day in which they were commanded to cease and rest from all their labor. More importantly than obtaining physical rest, it was a day in which God chose to interrupt the weekly cycle of toil and doing in order for His creation to spend time in intimacy and fellowship with Him.

As previously mentioned, the Hebrew word for Sabbath is Shabbat. This Hebrew word means much more than simply ‘to rest’. It also means to cease, to dwell and abide, and quite interestingly it means to be interrupted. When the scriptures speak of Shabbat, the Sabbath, they describe a time in which God would enjoy and actually dwell with His creation.

Yet this raises a question: in a world of multitasking, over-achieving, and efficiency, how do we allow ourselves to be interrupted by our Heavenly Father? It’s simple: we obey His instruction by treating the Sabbath as a day that is holy, set apart, and not common like the previous six days. We obey Him by ceasing our work, labor, toil, business, our doing, and allow our lives to be divinely interrupted by His presence for 24-hours on the day which He assigned.

Reminder of Redemption and Deliverance

Just like His redeemed people, Israel, God also redeemed us for Himself. He delivered us from bondage and judgment not merely to escape punishment, but that we might be His people and rightly relate to, and know Him.

You shall remember that you were a slave in the land of Egypt, and the Lord your God brought you out from there with a mighty hand and an outstretched arm. Therefore the Lord your God commanded you to keep the Sabbath day.

This work of redemption was ultimately accomplished through the death of Messiah, where Yeshua declared, “It is finished” (John 19:30). When we find rest in Messiah, then we can relate to God and enjoy His peace and harmony, just as Shabbat envisions.

This explains why the concept of peace is so important on Shabbat. The Sabbath embodies peace between man and His Creator. This is the very peace Messiah brings to our lives. Just as God did at the end of creation so we do not rest in our finished works, but in His finished work.

A Foretaste of the Kingdom to Come

Shabbat is not only a reminder of the peace we have by faith in our Messiah right now, but it is also a sign of the future and more perfect eternal rest that is yet to come! Scripture calls the Sabbath “an eternal sign forever”. Therefore, Shabbat gives us a weekly glimpse into eternity and the eternal rest that awaits us with our Heavenly Father.

As the prophets promised, the Messianic Kingdom will be a time when “every man will sit under his vine and beneath his fig tree, and none will make them afraid” (Micah 4:4). We will enjoy living under our King’s reign and we will experience His Shabbat, His peaceful rest, that all of creation has ached and longed for.

The weekly Sabbath reminds us of that which comes ultimately through Yeshua the Messiah: eternal rest for our souls and uninterrupted fellowship with Him forevermore. Until we finally enter that rest, we have been given a foretaste of its divine glory in this weekly appointed time.

So then, there remains a Sabbath rest for the people of God, 10 for whoever has entered God’s rest has also rested from his works as God did from his.

As Shabbat instructs us to rest from our labors, more importantly it focuses us to rest in Him. Shabbat not only reminds us of what we are living for, but whom we will be living with forever! Let us take time to develop our relationship of rest in Messiah.

It’s Friday evening, the sun is setting, the busy week has all but come to an end. Shabbat is here to divinely call you to receive your Heavenly Father’s appointed time of weekly meeting. Cease from your work and allow your life to be interrupted by His presence.

This time of resting is meant to bond with Him. Let the Father love you, and enjoy His passionate love. Allow His love to kindle a fire of love and affection for Him in return. During this Sabbath rest God will share the secrets of His heart with you. Learn to listen and receive them.

Next Lesson in This Series

How does the feast of Passover point us to God's perfect sacrifice, his spotless lamb? Learn how in the next lesson. 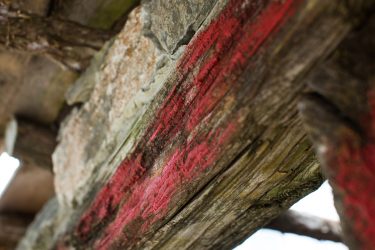 The Feast of Passover, the Lamb of God

I'm a follower of Yeshua, a husband to my lovely wife, and a father to our four children. Additionally, I'm a co-founder of Path of Obedience.