NextYeshua (יֵשׁוּעַ) – What is the Meaning of Jesus’ Name?
Luke

The story of the prodigal son reveals insights into the relationship between the Jew and Gentile. We can glean important lessons about how we are fellow heirs and should learn to rejoice for our common salvation!

In Luke 15 verses 11 through 32 we’re told the familiar story of what’s called the parable of the prodigal son. As I was reading it again this morning, I was struck by a concern that the position of the older son is the condition of the church today. When you view this parable through the lens of Jews and Gentiles as the brothers in the story, we are given new insight relevant to the church today. It was the posture first of the Israelites towards the Gentiles in the early Church, but I think that today this parable can work both ways.

The first illustration reveals itself in the early apostolic writings and the struggle that the Jews had in regard to assimilating Gentiles into covenant life. The believing Jews during the time of the gospel and the apostolic period are like the older brother in the parable and, to some extent, most of them didn’t even realize they had a younger brother: that being the Gentiles. These unbelieving, pagan dogs, who weren’t even seeking God, were awakened to salvation, and the Jews had a difficult time bringing them into covenant life. They couldn’t understand why Gentiles, who had never sought salvation, were squandering everything, were now being fully accepted solely on account of faith. And I think that this provoked them; in fact, we see that scripturally that was God’s intent. God designed Gentile salvation to provoke the Jew to jealousy (Romans 11:11).

Learn more about the early struggle revolving around Gentile salvation. 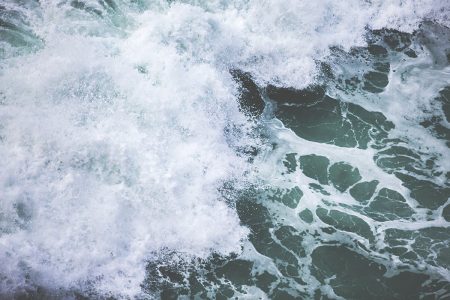 The Mystery of the Will of God

Did the Prodigal Jews Miss Their Chance?

So that is the first parallel we can draw. But I think even more relevant to me is the illustration that can be made for the predominantly Gentile church of today, and an intense warning to go along with it. When I say the “predominantly Gentile church,” I mean that the leading ethnic population of the church today is gentilic. My concern is that we have been taught, and come to believe, that God has done away with the Jew. That they’ve squandered their opportunity. Like the prodigal son, they’ve “spent their inheritance.” We’ve postured ourselves as the older brother in the parable and been convinced through false teachers that God has done away with the Jews because they missed their chance by crucifying Yeshua.

But Romans makes it clear that God has not rejected his people whom he foreknew (Romans 11:1-2). There will be a day where Israel is brought to salvation! Hallelujah! In fact, Romans 11:25 says at one point that “all of Israel will be saved,” a process which we’ll discuss at another time.

One day, we will see our Father immensely rejoicing over his firstborn, Israel, returning to Him.
My concern and question is when this salvation comes, what will the church’s response be? What emotions will be evoked when a predominately Gentile church sees native Israelites, prodigal Jews, who have squandered their inheritance for millennia, generation after generation, coming to salvation in Yeshua and being restored by their Father? Will we, as the church, be like the older brother? If today we believe they are cast off by God because of their rejection of Yeshua, what will our actions toward them then reveal? Most are unaware that Romans 9:4-5 tells us that the inheritance that belongs to the Israelites is the adoption, the glory, the covenants, the giving of the law, the worship, and the promises. All of those things belong to them. So what will our response be when we visibly watch their revival when they receive mercy from Yahweh? When we watch the prodigal brother who squandered everything return to the Father, only to be lavished with love, mercy, and celebration! One day we will see the Father immensely rejoicing over his firstborn, Israel, returning to Him.

My grief, which I believe coincides with the warning in this scripture, is that we will have an approach like the older son in verse 25. Instead of being stirred up to rejoicing over Israel’s restoration, we will be provoked to jealousy because our hearts are full of selfish ambition and pride. We will make comments like verse 29, “Look, Father, we’ve been with you this whole time and yet for Israel, the ones who killed your prophets and crucified your son, you’ve killed the fattened calf so you can hold a feast for him! How dare you!” And our Father will simply say, “Son, you’ve always been with me and all that I have is yours. It is fitting to celebrate and be glad for your prodigal brother, Israel. He was dead and is alive. He was lost and is found (Luke 15:32).”

Paul has this same heart for Israel revealed in Romans when he says that God committed Israel to disobedience by literally blinding them to the gospel so that He could extend mercy through salvation to the Gentiles. In doing so, Israel will be provoked to jealousy by Gentile salvation. Then Israel will also believe and receive mercy, thus the summation being that God’s final acceptance of Israel will be an act of resurrection power!

Now I am speaking to you Gentiles. Inasmuch then as I am an apostle to the Gentiles, I magnify my ministry 14 in order somehow to make my fellow Jews jealous, and thus save some of them. 15 For if their rejection means the reconciliation of the world, what will their acceptance mean but life from the dead?

We need our inner man searched by the Spirit of God. The spirit that is at work in today’s teachings is too much like the condition of the older brother. We want what is due to us, but how dare if someone else receives mercy they didn’t deserve! Especially if they squandered an opportunity already! Search your hearts concerning your position towards Israel. My heart’s desire and prayer is that Israel would be saved. This will only happen when Gentiles awaken to their corporate calling to provoke the Jews to jealousy! One day Israel will return to her Father and to her Bridegroom. Will we rejoice at her salvation or scoff? Yahweh hasn’t abandoned His people; may we as Gentile believers not either!

The only explanation of a Gentile Church willing to embrace a calling so demanding as this is that the issue is not Israel alone, per se, but the glory of God that is obtained through Israel’s redemption. Can you understand that?
Israel's Restoration - Art Katz